If you’ve been around the CrossFit world for a while now, chances are you’ve seen the memes and heard the jokes about Vegan CrossFit athletes.

The implication is that it isn’t possible to be a vegan CrossFit athlete. After all, how could you do CrossFit but not eat a ton of bacon? But, is this actually true? Let’s find out! Can Vegans Do CrossFit?

CrossFitter are often ALL about the protein. The usual way is to get this protein from things like meat, eggs and dairy products. However, if you’re a vegan who wants to do CrossFit, or a CrossFit athlete who wants to transition to a more plant-based diet, you’re perhaps wondering if this is even possible.

We’re happy to tell you that it is! There are plenty of excellent protein sources found in plants. And, there are also hundreds of elite athletes who compete successfully on a vegan diet. Here are some tips for getting started with a CrossFit vegan diet plan.

Don’t Get Scared Away!

Sure, there are lots of people at your CrossFit box who may swear by large slabs of meat. After all, there’s no way you can get an adequate amount of protein, right? Wrong.

In reality, there are plenty of top athletes, including bodybuilders, long distance runners, etc. who don’t eat any animal products and have following this diet plan successfully.

Don’t let people dissuade you from combining CrossFit and a plant-based diet! You won’t be too weak or skinny for serious workouts. You will likely have very similar recovery times and the same chance of getting hurt as regular athletes.

Are there Any Elite CrossFit Athletes Who are Vegans? There are certainly a lot of top athletes in the world who are vegan. Some of them include:

However, there are two vegan CrossFit athletes that you may have heard of: Dani Sidell and Jeremy Reijnders. In the past few years, both of them have cut animal products out of their diet and they both state that they’re never felt better or been in as good of shape. The documentaries “Forks Over Knives” and “Cowspiracy” played pivotal roles in this transition away from meat.

What does Jeremy Reijnders Eat for Breakfast?

Here’s a vegan smoothie bowl that you can try out for yourself:

Blend the ingredients in a blender. Then, put the smoothie in a bowl and top with a mix of the following items: muesli, oats, raisins, dates, almonds, walnuts, pumpkin or sunflower seeds. You can also put more berries on top.

What Does Dani Sidell Typically Eat?

She’ll have a healthy snack around 2-3 hours later of some roasted chickpeas and plain popcorn.

For lunch, she’ll eat Beyond Meat chicken strips, sweet potatoes or rice and some berries.

Before working out, she’ll have some peanut butter, a banana and pea milk.

After the workout, she’ll have some coconut water with dextrose, protein powder and an apple.

For dinner, she’ll often have sauerkraut, Beyond Meat beef crumble, sweet potato or rice and tomatoes.

Before bed, she’ll usually have a whole bell pepper and hummus.

If you’re at athlete who is looking to go vegan or plant-based, then you’ll want to check out these tips for getting started.

#1: Aim for an Overall Healthy Diet

The most important tip of all is to aim for an overall healthy diet. Even though something is vegan, if it comes from a fast food drive-through, chances are that it’s not that healthy. Same with other kinds of junk food like candy or potato chips. Oreos and french fries—yeah, they’re vegan too.

Eat mostly things that you prepare from scratch at home. Aim for real food and not things that come from cans or boxes, even though they may be vegan. They may also be super-processed and contain all sorts of ingredients that you can’t even pronounce.

#2: Aim for Lots of Raw Fruits and Veggies

Any athlete should consider adding lots of raw fruits and vegetables to their diet. Okay, not just athletes but basically everyone on the planet! They are essentially the healthiest things that you can put into your body. They’ll help increase your energy levels, recovery rates and overall health.

Vegan CrossFit athletes do certainly need protein in their diet. It’s a myth, however that it needs to come from animal sources. There are plenty of plant-based proteins. If whey for example gives you a sore stomach, try pea protein. Or, opt for more nuts and seeds. Find something that works for you and go for it!

#4: Study about What to Eat and When

You may be eating differently than the normal CrossFit athlete, but it doesn’t mean that you have to take an entirely different approach. It’s possible to follow the same cycles that other athletes do in terms of what to eat and when, pre and post workout.

Take the advice from your trainer and other experts, but figure out how to make it work as a vegan.

What works for one person does’t work for another, even from vegan to vegan. Some people thrive on brown rice and lentils. Other people? Not so much. Maybe peanut butter and whole grain bread is more their style.

Think like a scientist and pay attention to how your body feels when you eat certain things. And, also how you perform during your WOD. Always be experimenting to find the best possible diet and routine for your own body.

The first thing to think about is food quality. It actually matters. Just because and falafel are vegan, it doesn’t mean they’re healthy. Besides that basic fact, here are some tips about getting started with a vegan diet.

Protein is important for all people, but especially athletes. After all, protein is the building block of muscles and tissues. It also forms enzymes and does several other things in your body.

The key with vegans and protein is to consume a complete amino acid profile. This is often not possible with a Paleo diet, although you may be able to follow this diet plan, mostly. Something like the Zone Diet can be a bit easier to follow in this regards.

You’ll want to ensure that you have at least some protein with every meal. However, try to limit your soy intake to one serving/day.

One of the toughest things about being a vegan is getting enough iron. Having low levels in your bloodstream can make you feel pretty terrible, lead to lower performance and muscle fatigue, along with reducing the functioning of your immune system.

Here are some iron-rich foods to consider adding to your diet:

You can also consider eating these foods with some a source of vitamin C to increase absorption. It’s also possible to take a daily iron supplement, along with a vitamin C pill.

You’ll want to ensure that you have an adequate intake of nutrients and minerals. The foundation of this is often vegetables. Some of the best one to consider include:

Ensure that you eat some healthy veggies with every meal.

Be Smart about Carbs

If you’re going to eat carbs, eat only high-quality source. White bread and Oreos are out, oatmal and quinoa are in!

You’ll want to focus on eating them pre, and post workout to assist with a quicker recovery.

If you are vegan, it’s easy to unwittingly consume very little fat in your diet. However, it’s important for the absorption of fat-soluble vitamins and hormones. Consider adding the following into your diet:

Vegans can often not ingest enough Vitamin B-12, zinc, Vitamin D, and Omega-3 fatty acids. Talk with your doctor about the possibility of testing for these things in your body, and then consider supplements. Try to get outside for more Vitamin D from the sun.

What does a day of eating consist of when you’re a vegan who does CrossFit? Check out this short video for all the details you need to know:

Can I Be Vegan and Paleo?

Paleo is often the preferred diet for many people who do CrossFit. However, according to CrossFit Invictus, it’s quite difficult to be a strict vegan and following a strictly vegan diet. This is because it may be quite difficult for you to get an adequate intake of protein. However, semi-vegetarians or flexi-tarians may be able to do Palelo much more easily.

Can I Follow the Zone Diet and be a Vegan?

If you want to be vegan, you may have better luck with the Zone Diet than the Paleo Diet. This meal plan recommend the following:

As you can see, there is no mention about what kind of protein you specifically shouldn’t eat, as long as it’s lean protein (all vegan sources of protein fall into this category). There are very few restricted foods as well such as beans, which can make this plan easier to follow.

Some of the best foods to eat on the Zone Diet include the following:

Do you think it’s possible to do CrossFit, vegan style?

Leave a comment below and let us know what you think.

Tony Calder
Tony is a licensed nutritionist from California, who developed an interest in fitness while he was in college. When he realized that his regular exercise routine was not helping him lose some of his extra weight he decided to sign up at the local CrossFit gym. Now not only is he an avid CrossFitter, he is also a coach. You will usually find Tony at the local gym where he uses his knowledge of proper nutrition to help other athletes achieve all of their goals.
Latest posts by Tony Calder (see all)
« Reebok Nano 9 Review: The Best CrossFit shoe of All-Time?
CrossFit Rope Climbs: The Ultimate Guide to Climbing Ropes » 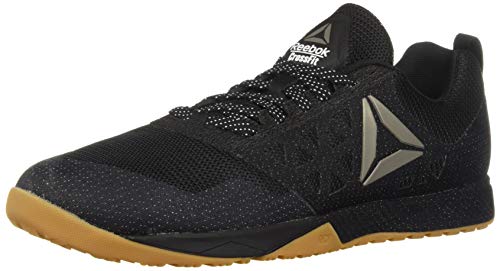